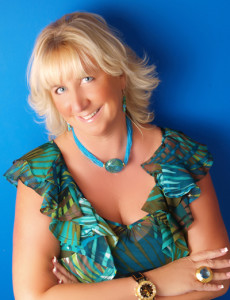 For over 30 years, Roberta Naas has written extensively about timepieces and jewelry for a variety of esteemed consumer publications, internet sites and companies. During the most recent 10 years, Naas has also covered the luxury side of fashion, accessories, travel destinations and other related topics — writing business and trend articles. Naas is an award-winning writer and has been recognized within the field by the Jewelry Information Center, which honored her with the Gem Award for Excellence in Watch & Jewelry Writing in 2008.

Naas has written five  books on timepieces. The most recent is Times of Arabia, written in Arabic. In English, the most recent is Jewels of Time, the world of women”s watches. The other three are published by Tourbillon International: Great Timepieces of the World; Master Wristwatches; Masters of the Millennium. As a veteran in the luxury watch and jewelry industries, Naas has an intimate knowledge of the behind-the-scenes workings of these fields. She travels internationally to attend exhibitions and meet with manufacturers and designers to bring the newest information to readers. She has been fortunate enough to go on many adventures with a variety of watch brands, and to report those adventures back to watch connoisseurs.

When Naas first started in this field 30 years ago, she was a pioneer—the first woman watch journalist in America. That pioneering spirit has remained a creed for Naas – who seeks out the most elusive feature stories and interviews. She has traveled from the Mountains of Japan to the Great Wall of China, and from the Galapagos Islands to Iceland with the watch brands. Naas has been with IWC to the USS Ronald Reagan aircraft carrier in the Pacific Ocean, where she carried out an arrested landing and completed a catapult assisted take off from the carrier, accelerating from 0 to 128 miles per hour in 3 seconds.  She has sailed the Mediterranean Sea during the Louis Vuitton races with Girard-Perregaux in Valencia, has sailed the seas off the coast of Imperia in the vintage yacht races with Panerai, and gone hot-air ballooning over New Mexico with Parmigiani.

Naas has interviewed celebrities such as Sir Anthony Quinn, when he launched his watch collection, MY TIME, designer Bijan, when he released new jewels and fragrances, Nicole Kidman as she helped Omega release the new LadyMatic series, Jane Seymour, as well as sports icons such as Reggie Jackson and Lebron James, among others. Naas has interviewed Bertrand Piccard and Brian Jones when the Breitling Orbiter 3 made it around the world, and sat in the clock tower in Venice interviewing the last family ever to live in it before the clock was restored by Piaget and the tower turned into a museum. Indeed, Naas has brought, and continues to bring readers amazing experiences and insights into the watch and jewelry world.

For seven consecutive years,  she was also  the U.S. editor and writer of the 500+-page annual watch catalog, Watches International (published by Tourbillon International), wherein she researched and compiled the histories and product collections of the world’s top watchmakers. Additionally, in 2005 and 2006, she compiled a book on the most complicated timepieces in the world: Grand Complications, also published by Tourbillon International. Several years ago, Naas opted to cease work on the annual books so she could focus more intensely on the daily and monthly reporting of the luxury goods world.

Currently, Naas writes jewelry and watch articles for the world’s most prestigious newspapers and consumer magazines. She is the timepiece editor for Niche Media’s Gotham, Hamptons, LA Confidential, Vegas, Ocean Drive, Capitol File, Boston Common, Aspen Peak and more. She has been published in luxury lifestyle magazines such as Robb Report, Million Air, Stratos, Worth.com and others. Additionally, her articles are published monthly in watch and jewelry specific magazines such as IW (International Watch), Watch Journal, Chronos, Arabian Watches & Jewelry, and others.

Naas has a Master of Arts Degree in Newspaper Journalism, which she earned from Syracuse University’s Newhouse School of Journalism in 1981. Her undergraduate BA degree is in journalism with a minor in English from Rider University. She is a member of Sigma Delta Chi, Society of Professional Journalists. She is renowned in America in the luxury fields she covers for her editorial integrity and her high ethical standards.